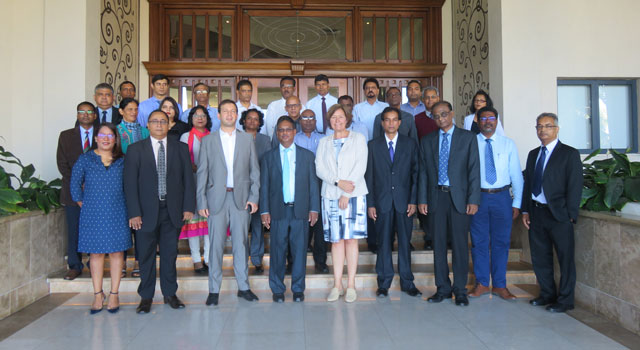 February and April 2019 — Sandy Davies (Technical Director) has through the Food and Agriculture Organization (FAO) office of Madagascar, Mauritius, Seychelles and Comoros, been supporting the Government of Mauritius to address challenges of the various institutions concerned with Fisheries and Ocean Economy in Mauritius, and to improve the efficiency and effectiveness of the Ministry of Ocean Economy, Marine Resources, Fisheries and Shipping (MOE). Following a literature review, a number of meetings were held during February 2019 with the key personnel of the MOE. Subsequently, a stakeholder validation meeting was held on the 30th of April 2019 in Port-Louis, Mauritius. The objective of this meeting was to discuss and agree on recommendation previously made by stakeholder and to develop a detailed action plan.

Doubling the share that ocean economy contributes to the Mauritian GDP is likely to take many years, probably several decades, but for these changes to start, implementation of the recommendations needs to start sooner, rather than later and would need to be implemented over short and medium term steps.