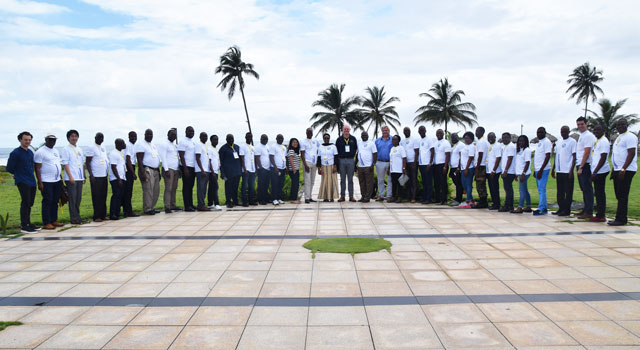 The meeting was convened by the Fisheries Commission for the West Central Gulf of Guinea, and hosted by the National Fisheries and Aquaculture Authority (NaFAA) of Liberia. The six member States of the FCWC — Benin, Cote d’Ivoire, Ghana, Liberia, Nigeria and Togo — welcomed representatives from neighbouring States Cameroon and Sierra Leone as well as from the Environmental Justice Foundation, the Japan International Cooperation Agency, the Economic Community of West African States and the European Fisheries Control Agency.